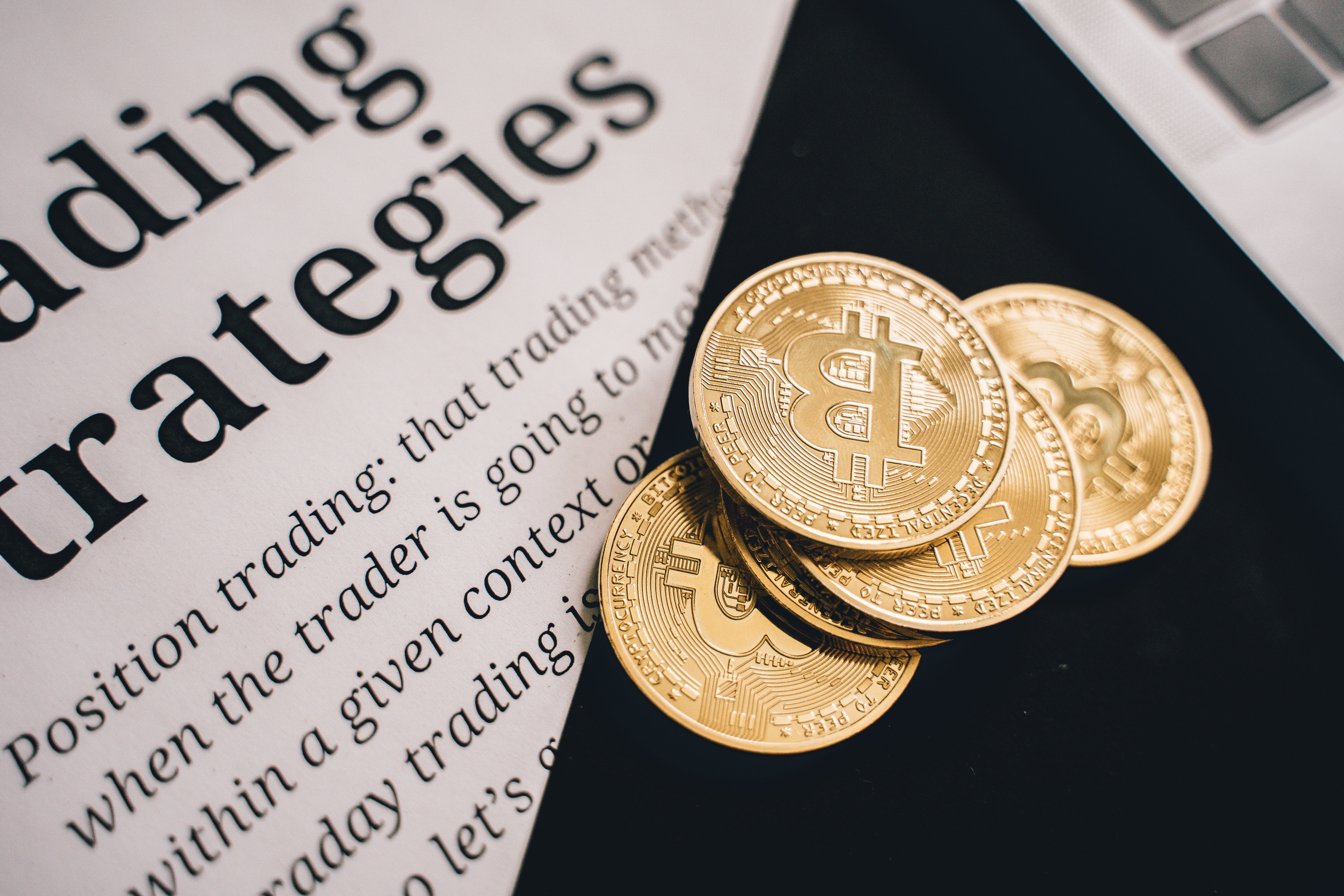 Cryptocurrency Industry Regulation in the U.S.

Let’s Start With A Little History of Crypto Regulation

Spoiler alert: This section won’t be very long, as there’s actually very little history of cryptocurrency regulation! There’s a reason the early stages of crypto were known as the “Wild West.”

While Bitcoin was created in 2009 and its first publicly reported transaction occurred in 2010 (to buy two Papa John’s pizzas), the first attempt at significant regulatory procedures didn’t begin until 2014.

This attempt at regulation was in response to a series of large hacks on the Mt. Gox Bitcoin exchange, based out of Tokyo, Japan, that was estimated to have involved the theft of over $480 million worth of Bitcoin. At the time, Mt. Gox was handling over 70% of all Bitcoin transactions worldwide, and the theft of between 650,000 to 850,000 Bitcoin collapsed the exchange and forced it into bankruptcy.

This hack led to the Financial Services Agency of Japan (JFSA/FSA) eventually amending their Payment Services Act to establish cryptocurrencies, such as Bitcoin, as legal tender for payment in Japan. The new rules that went into effect in 2017 included mandating that virtual currency exchange platforms (VCEPs) register with Japan’s FSA.

However, at the same time, a majority of regulators around the world still did not see a need to regulate the crypto space. In fact, in 2013, the United States Financial Crimes Enforcement Network made clear their opinion that crypto did not have legal tender status in any jurisdiction.

And in March 2018, Financial Stability Board Chairman Mark Carney wrote a letter to the G20 stating the international organization’s initial assessment was that crypto-assets did not pose any risks to global financial stability.

But tides are clearly changing. And a quick glance at the amount of money currently being spent on lobbying in the United States alone reveals the crypto industry and many other major players are absolutely expecting, and in many ways, courting, regulation.

With more and more crypto-related companies opening offices in Washington, D.C., lobbying expenditures hit a record high in Q3 of 2022, up 31% from the previous quarter — a number that will only continue to grow. In fact, the $12.1 million spent in the first half of 2022 represents a 17% increase in the total lobbying money spent in 2021.

Why Is There a Need for Crypto Regulation?

First, it’s important to understand that despite initial resistance to regulation within the crypto space, regulation absolutely carries the potential to bring stability to monetary systems while still fostering innovation and growth.

Largely because regulation of cryptocurrencies will protect investors while also aiding in the prevention of fraudulent activities and providing improved guidance for innovation.

This increased stability and security will hopefully unleash massive adoption and acceptance of digital asset technology by the public at large.

And although retail and other traditional sectors have already begun adopting digital asset technologies, clarification in the sector will only encourage and speed that adoption.

Perhaps the most lacking area of regulation within the crypto space centers around tax reporting. At the moment, crypto developers and investors face a near-total void of clarity on how to report on their investments. As well as complete uncertainty as to how they will be taxed in the future. This lack of clarity has created unnecessary confusion and complication around the viability of both setting up crypto-related businesses in the United States and investing in companies active in the digital asset space.

Whether substantiated or not, there remains significant concern over the use of cryptocurrencies in money laundering and the financing of terrorism. Though it should be pointed out that fiat currencies are also widely used for the same purposes.

The banking industry is also pushing hard for regulation, looking to take advantage of the opportunity to lobby regulators to write new rules beneficial to their interests and claiming that because these newer businesses offer services similar to their own, they maintain an unfair competitive advantage so long as they are not regulated similarly.

At this point, it’s nearly impossible to tell what the future of regulation may hold. As it’s abundantly clear that government officials themselves are conflicted and unsure of the regulation necessary. Many have warned that the mismanagement of an industry so large could create significant macroeconomic consequences, urging policymakers to work with business and tech communities to best understand the possible economic impacts these regulatory models may cause.

And clearly, of utmost and primary importance is determining how digital assets are classified, which will allow for the determination of who and how they will be regulated.

While current and pending regulations vary widely from country to country, most have established at least some form of loose or limited regulations on crypto trading.

But for the purpose of this blog post (and our sanity), we will focus on the U.S.

With President Joe Biden’s March 9th executive order calling on the government to examine the risks and benefits of cryptocurrencies, it appears the White House intends to make a concerted effort to regulate the digital asset industry. Of note, the order also specifically called for research and exploration of a digital version of the dollar, an area the Federal Reserve began exploring, and an idea to which much of the banking industry has been openly hostile.

Following the Federal Reserve’s study, the American Bankers Association released a statement arguing against any significant need for a digital dollar, pointing out that the dollar is already largely digital today and warning of potentially severe negative consequences resulting from the creation of a central bank digital currency.

As of this writing, members of both houses have introduced over 100 bills referencing cryptocurrency, blockchain, stablecoins, or a central bank digital currency.

One of the first and most significant was brought forth on June 7, 2022, when U.S. Senators Cynthia Lummis (a member of the Senate Banking Committee) and Kirsten Gillibrand announced their bipartisan Responsible Financial Innovation Act. This legislation aims to create a complete regulatory framework for digital assets that, “encourages financial innovation, flexibility, transparency, and robust consumer protections while integrating digital assets into existing law.”

And in the Senate, Agriculture Chairwoman Debbie Stabenow, D-Mich., and her Republican counterpart, John Boozman of Arkansas, recently introduced a bill that would give the Commodities Futures Trading Commission (CFTC) jurisdiction over “digital commodities” as well as requiring brokers, trading platforms and other service providers to register with the agency.

The Securities and Exchange Commission (SEC) has also stepped into the fray, with its Chair, Gary Gensler, publicly committing to creating exchange oversight and stating his belief that cryptocurrency lenders fall under the purview of the SEC. Not long after, Gensler asked all exchanges to register with the SEC.

Further, the SEC continues to actively investigate a number of projects within the cryptocurrency space, including an insider trading investigation against a former Coinbase manager, among others, a widespread general investigation into every U.S. cryptocurrency exchange, and a fraud case against well-known cryptocurrency advocate John McAfee for promoting investments in ICO’s without disclosing his being paid to do so.

Additionally, with its charges against cryptocurrency influencer Ian Balina, the SEC has made clear its belief that the entirety of the Ethereum network falls under its jurisdiction. The SEC is also in the midst of a lawsuit against Ripple, accusing two of its executives of unregistered securities offerings.

What Does the Future Hold for Cryptocurrency Regulation?

The challenges involved in the regulation of the cryptocurrency space remain daunting and complex. And as the industry grows, so too will the challenges. The task of designing the necessary regulatory frameworks and creating appropriate standards for the trade of digital assets remains unfulfilled.

Are Cryptocurrencies Commodities or Securities?

The most pressing question to be resolved regarding the future of cryptocurrency regulation remains whether the Fed will classify cryptocurrencies as commodities, securities, or a mixture of both.

Commodities are generally defined as basic goods used in commerce that can be bought, traded, or exchanged. Importantly, commodities are also often considered stores of value because of their ability to hold their values over time. Should cryptocurrencies be classified as commodities, their regulation would fall to the Commodity Futures Trading Commission. Commodities tend to be more lightly regulated than securities.

Securities, on the other hand, are generally defined as tradable financial assets. The practice of Initial Coin Offerings (ICOs), in which cryptocurrency coins are issued like stocks to raise capital for blockchain and crypto-related businesses, has been particularly relevant to the SEC’s claims towards a security classification. Defining cryptocurrencies as security would be subject to far more stringent regulation and reporting requirements.

Allowing cryptocurrencies to be defined as both, or either, depending on the use case, would lead to the least favorable outcome, in which cryptocurrency regulation is shared between multiple agencies.

Our hope is that a path will be taken toward exchanges being governed by a newly created Self-Regulatory Organization (SRO) made up of industry experts and thought leaders. This SRO could then assure that the objectives of governmental agencies align with the best interests and practices of the digital asset industry in handling the regulatory affairs of digital assets.

But above all else, it’s clear the future of cryptocurrency regulation remains unclear. And much like the freewheeling “Wild West” days of crypto past, whether that’s a good thing or not depends on who you ask.