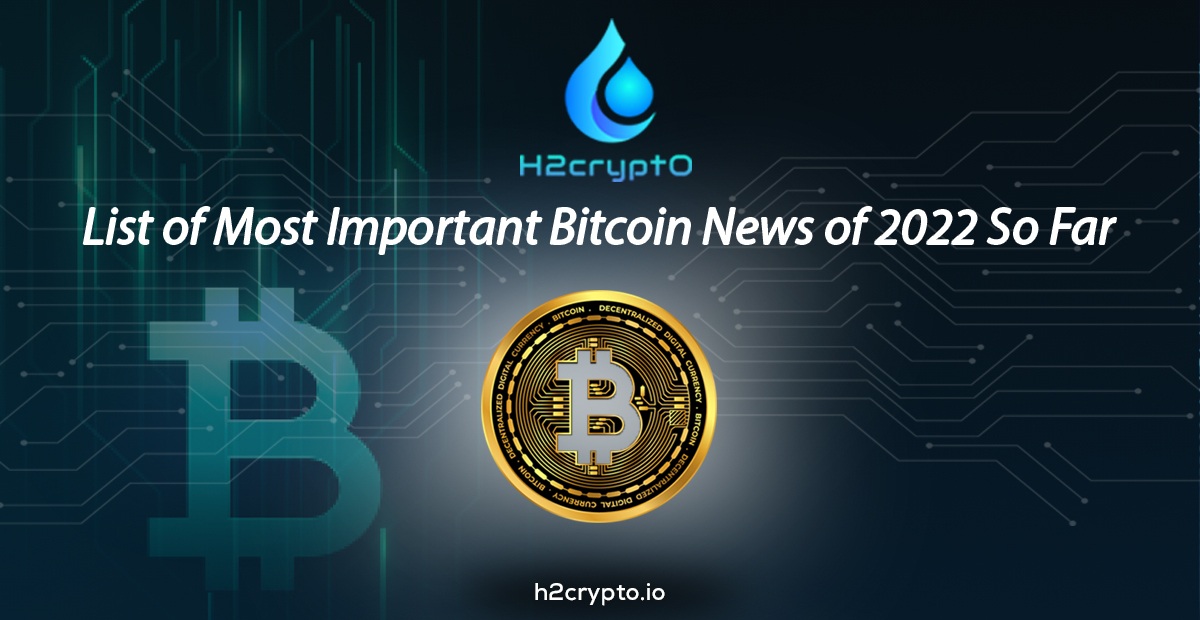 List of Most Important Bitcoin News of 2022 So Far

Freaking out about the current BTC prices? Here is a reminder of all the great accomplishments BTC has had in 2022 so far! These news snippets provide a bird’s eye view of what’s really happening in the world of Bitcoin – so that you don’t miss the forest for the trees!

Mast Capital, the developer of the recently launched Cipriani Residences Miami, announces that it will begin accepting Bitcoin and other cryptocurrency deposits.

Uzbekistan legalizes solar-powered crypto mining. Uzbekistan will allow companies to mine cryptocurrencies using solar energy and will exempt all crypto operations by domestic and foreign companies from income tax, according to a presidential decree published this week.

The Securities and Exchange Commission is hiring more than a dozen new employees to combat cybercrime, doubling the size of its crypto assets and cyber unit. According to a press release, the SEC plans to police cryptocurrency exchanges and coin offerings, as well as monitor NFTs, decentralized finance platforms, and stablecoins.

Dorsey, Saylor, Fidelity and others defend environmental impact of Bitcoin mining in letter to EPA. Some of the biggest names in Bitcoin — including Jack Dorsey, Tom Lee, and Michael Saylor — have banded together to refute claims against Bitcoin mining and the calls to the controversial Environmental Protection Agency to investigate the environmental effects of crypto mining.

The Central African Republic becomes the second country in the world after El Salvador to adopt Bitcoin as legal tender. Lawmakers unanimously adopted a bill that made bitcoin legal tender alongside the CFA franc and legalized the use of cryptocurrencies. President Faustin Archange Touadera signed the measure into law, his chief of staff Obed Namsio said in a statement.”This move places the Central African Republic on the map of the world’s boldest and most visionary countries,” he declared.

Lawmakers in Panama’s National Assembly approved a bill to regulate the use and commercialization of crypto assets, including Bitcoin, in the Central American country renowned as a hub of offshore financial services. The bill opens the door to private and public use of crypto assets, and will make it possible for people to pay their taxes with cryptocurrencies. The legislation is broader in scope than measures passed by El Salvador, which last year made bitcoin legal tender.

Goldman Sachs makes its first Bitcoin-backed loan. The global investment bank allowed a borrower to use the cryptocurrency as collateral for a cash loan. It is the latest sign that Wall Street is moving further into crypto.

Fort Worth, Texas, is now the first city government in the United States to mine Bitcoin and will run mining rigs out of City Hall.Three Bitmain Antminer S9 mining rigs will run 24 hours a day, seven days a week, in the climate-controlled information technology wing of Fort Worth City Hall.

India proposes income tax on earnings from cryptocurrencies and NFTs or ‘virtual digital assets’ (VDA) as the Budget calls them. The Finance Bill 2022, introduced with the Budget, proposes inclusion of a definition of VDA under India’s primary direct tax legislation.
Source: Mondaq